NASA's Transiting Exoplanet Survey Satellite has finished its first year of observations in the southern sky and scientists say it found some interesting new exoplanets not that far from Earth.

Exoplanets are planets that orbit stars outside our solar system. 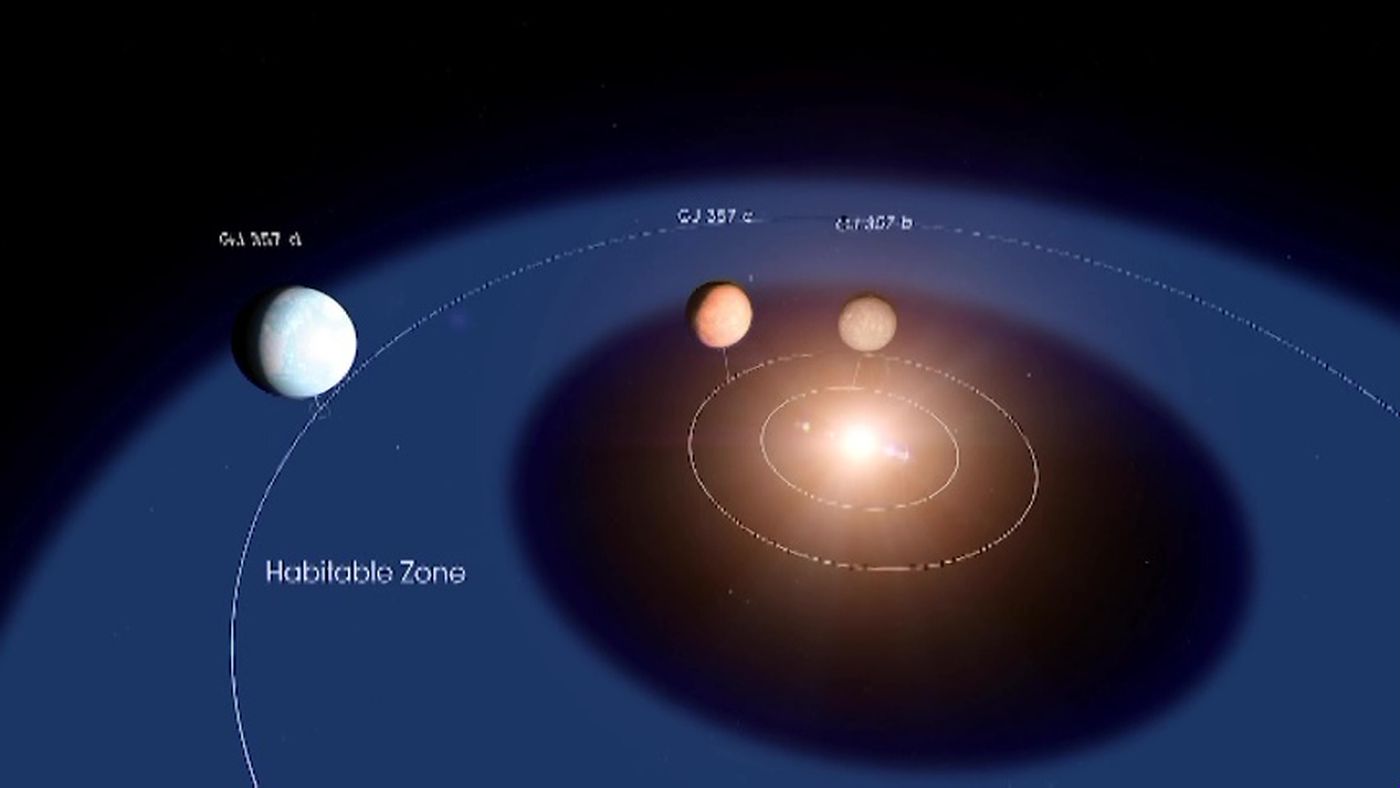 The satellite has found multiple exoplanets orbiting a star only 31 light years away - relatively close, in terms of interplanetary travel.

Several were noteworthy, for different reasons.

One orbits the star at a distance where the temperature might be just right to support liquid water, and therefore some forms of life on the surface. Researchers don’t know if it’s rocky like Earth, but it orbits its star every 55.7 days and has a temperature of -64 degrees Fahrenheit. An atmosphere could make it warmer.

Another is a close, transiting exoplanet and is ideal for measuring the composition of an atmosphere. The study’s authors called it a “hot Earth,” according to CNN and said it 22 percent larger and 80 percent more massive than Earth.

One in particular could be rather remarkable: A super-Earth, currently dubbed GJ 357 d, may have liquid water on its surface. At only 31 light-years away, in the constellation Hydra, it's a promising glimpse of another potentially habitable world.

But TESS didn't actually see this particular planet. Instead, TESS, which snaps images of the sky from space, located GJ 357 b, a "hot Earth" that practically hugs GJ 357. As a result, the surface temperature at GJ 357 b approaches 500 degrees Fahrenheit. That's not so great for life, as we know it, but it does provide researchers an opportunity to study its atmosphere because it's the third-closest exoplanet we've yet found.

Studying data for GJ 357 b, scientists were able to discover two stars: GJ 357 c and GJ 357 d. The latter is notable because the research team responsible for its discovery note that it is in its star's Goldilocks zone, where temperatures are just right to allow for liquid water. However, it's much closer to its star than the Earth is to the sun and orbits once every 55.7 days.

"GJ 357 d is located within the outer edge of its star's habitable zone, where it receives about the same amount of stellar energy from its star as Mars does from the Sun," said co-author Diana Kossakowski, an astronomer at the Max Planck Institute for Astronomy, in a NASA Press release. "If the planet has a dense atmosphere, which will take future studies to determine, it could trap enough heat to warm the planet and allow liquid water on its surface."

That's still a big if, of course, and astronomers will need to take additional measurements to understand the composition of the planet's atmosphere.

TESS had its robotic eyes peeled, looking for signs of GJ 357 d for a month, but researchers were not able to spot it using the telescope. Instead, they pored over decades-old data for signatures that confirmed its existence.

The exoplanet hunting TESS was launched in April 2018, and its mission was extended through to 2022 in July.