Over the weekend, the 22-year-old singer was spotted at Barclays Center in Brooklyn, where her 21-year-old rumored beau performed two nights in a row.

During the concert, Cabello was seen gazing lovingly at the stage as Mendes wowed the crowd. Wearing a purple-and-orange floral dress, Cabello smiled as she adorably placed her hands in front of her mouth during Mendes' energetic performance. 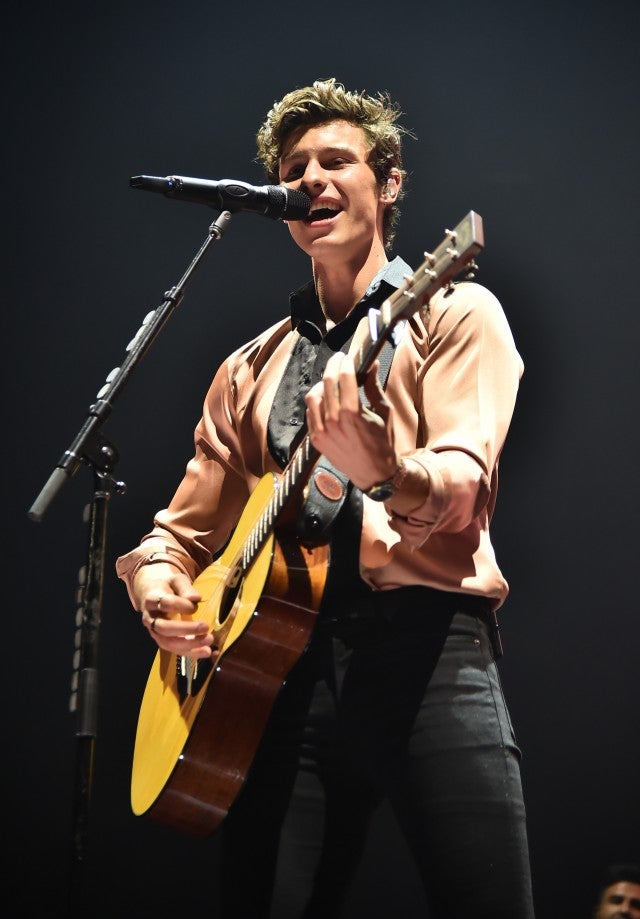 Following the show, Mendes even took to Instagram to declare that there had been "magic in Brooklyn" during the concert.

The cute display comes ahead of the 2019 MTV VMA's, where Cabello and Mendes are set to perform their racy track, "Senorita," together for the first time.

Rumors of the pair's relationship started swirling with the release of the steamy music videofor the song, which was followed by multiple PDA heavy outingsincluding Mendes 21st birthday party.

A source recently told ET! that the duo are "committed to working on a relationship," as Cabello travels with Mendes on tour.

"Shawn and Camila originally were just enjoying spending time together and having a summer fling," the source said. "Camila had just got out of a relationship and Shawn was in the middle of a massive tour.

However, Shawn and Camila have really fallen for one another.”