Last week, MTV announced it would introduce a new K-Pop category at its annual Video Music Awards, sparking controversy among fans for sidelining the entire genre and, they charged, excluding K-Pop bands from the top awards. The fans of one band, in particular, lashed out.

“BTS outsold… EVERY SINGLE… artist in the artist of the year category but the VMAs didn’t wanna see that so they made a whole new category just to not acknowledge the power and influence BTS has had over the whole industry,” tweeted one fan called Chioma.

BTS, which by turns stands for Beyond the Scenes, the Bangtan Boys or Bangtan Sonyeondan (which means “bulletproof boy scouts” in Korean), reigns supreme over the K-Pop world at the moment. And, judging by the numbers, the fans are right: BTS has reached a level of success in the U.S. comparable with the biggest pop stars of the moment, from Taylor Swift to Billie Eilish.

The seven-member group of young men in their 20s was formed by South Korea’s Big Hit Entertainment in 2013. It has swiftly become the highest-paid boy band and K-Pop act in the world, according to Forbes , taking home $57 million in pretax income over the past year. That puts the group at No. 43 on Forbes’s list of highest-paid celebrities — still far short of No. 1 Taylor Swift’s $185 million, but above Ariana Grande’s $48 million.

BTS was nominated for four VMAs: one in the K-Pop category, and the other three for best collaboration, art direction and choreography. But the group wasn’t nominated for Song of the Year, Artist of the Year or Video of the Year. Their exclusion from the Video of the Year category especially rubbed fans the wrong way, given the group’s “Boy With Luv” single featuring Halsey broke the YouTube record for most views in the first 24 hours of the release, and also became the fastest video to hit 100 million views by reaching that milestone in under two days.

Comparing sales and streaming data for BTS to the other nominees for Video of the Year only underscores the point.

BTS sold more albums in the U.S., year-to-date through July 18, than any of the Video of the Year nominees (which include Ariana Grande, Taylor Swift, Lil Nas X, Billie Eilish, the Jonas Brothers and 21 Savage), according to sales figures that Nielsen Music provided to MarketWatch. BTS sold 573,000 albums through the week ending July 18, compared to 465,000 for Eilish, 407,000 for the Jonas Brothers and 297,000 for Grande. Swift didn’t break six figures. Lil Nas didn’t break five.

And while most of the Video of the Year contenders did handily beat BTS in digital track sales, the K-Pop group’s audio and video streaming on-demand numbers keep up with the rest of the pack. The video streams for BTS year-to-date were even higher than those for Swift, 21 Savage and the Jonas Brothers, yet the latter three were nominated for Video of the Year, with some also given nods for Song of the Year and Artist of the Year. 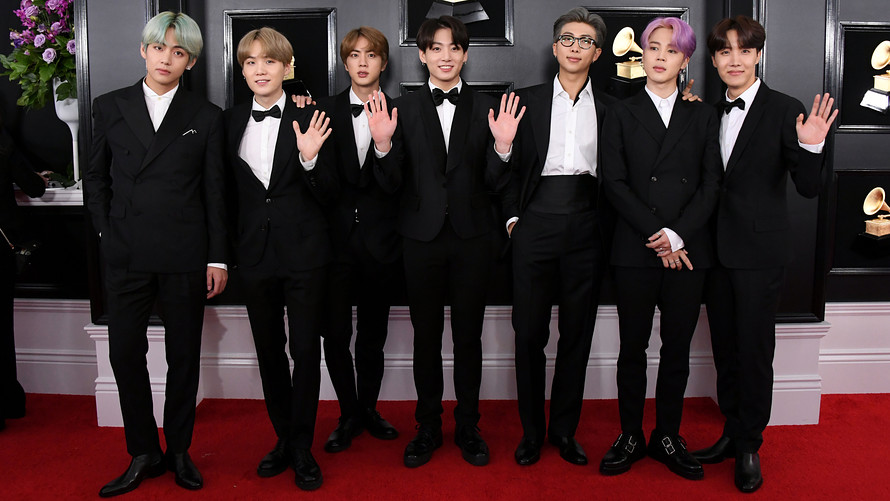 David Bakula, senior vice president of global leadership at Nielsen Music, told MarketWatch that BTS has become too mainstream not to be a contender for MTV’s top awards.

“Look, if they are only being considered for the K-Pop category simply because they are a K-Pop band, and not being recognized as a global pop phenomenon, then I think they are being a little short sold,” he said. “Because they certainly do have the reach, the consumption and the popularity of any of those other artists that they’re up against.”

Viacom -owned MTV did not respond to MarketWatch requests for comment about how the VMAs select the nominees for each category, which the public will now vote on to select the winners for the Aug. 26 awards show.

The BTS Army (which is how the fervent fan base refers to itself) has shared plenty of thoughts on social media, along with hashtags like # VMAsRacist and # VMAsXenophobic.

Though fans are crying foul over the perceived snub of BTS, Bakula said the new K-Pop category at the VMAs shouldn’t be seen as sidelining the entire genre. Yes, why shouldn’t K-Pop be considered just pop — but, “there’s a whole lot of genres out there that wish they had the same problem,” he said. “It’s such a huge nod to the progression the genre has made, to have that category added.”

Beyond sales and streams, BTS has also seen huge success this year for its “Love Yourself: Speak Yourself” tour, which set records in May by making more than $51.7 million and selling 384,498 tickets from just eight shows in New Jersey, Chicago, Los Angeles and Sao Paolo, Brazil. The group’s two shows at the Rose Bowl in Pasadena, Calif., earned $16.6 million and sold 113,040 tickets, outperforming previous headliners like Taylor Swift and U2.

BTS also made their “Saturday Night Live” debut as musical guests in April, and performed at the Billboard Music Awards in May, where they won the award for top duo/group over Grammy-winners like Maroon 5 and Imagine Dragons, as well as the social artist award.