Miley Cyrus and Kaitlynn Carter have reportedly taken the next step in their relationship!

There has been a new development in the whirlwind relationship between Miley Cyrus and her rumoured girlfriend, Kaitlynn Carter.

After a series of very public display of affection on while holidaying in Italy and stateside during the recent MTV Video music awards, the couple have reportedly taken a major step in their relationship by moving in together.

"They live together and are very happy," a source told People magazine. "Miley is doing great. She is moving on. She seems to have no regrets. She loves being with Kaitlynn." 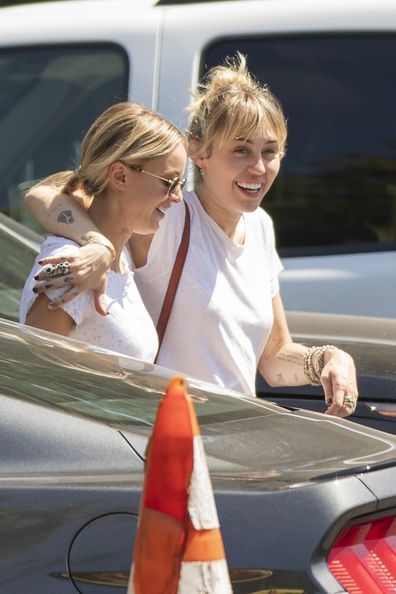 The news comes on the same day Cyrus and Carter were seen spending the US Labor Day weekend together, while wearing similar denim and white tees outfits. The women were out and about in LA as they met up with the singer's mum, Tish Cyrus, for lunch on Sunday. But this wasn't the first time they've hung out with the Cyrus matriarch. 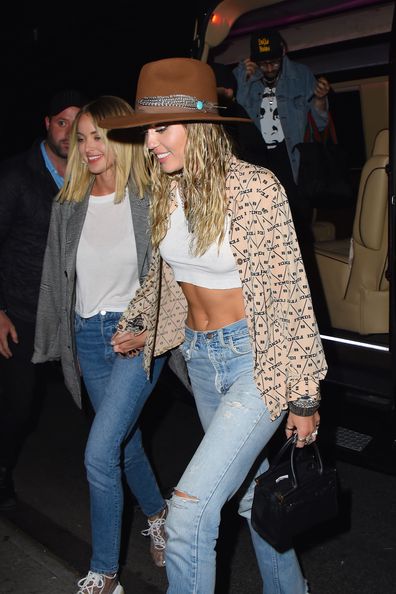 "Miley and Kaitlynn have been spending time at Miley's mum's house," another source told E! News two weeks ago. "They all went out to lunch together on Saturday afternoon at Soho House in West Hollywood.

The three of them drove together in Tish's car. They were deep in conversation.

"They had lunch in the restaurant and stayed at the club for almost two hours. They all left together and returned to Tish's house at the end. 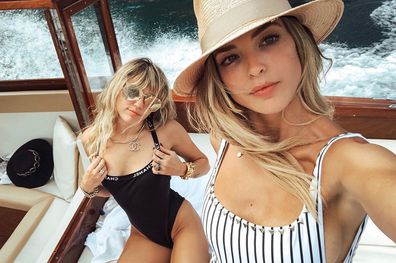 The rumoured couple have been inseparable since Cyrus announced her split from Aussie actor Liam Hemsworth on August 10. One day after the shock news made headlines, Cyrus and Carter shared a very public kiss while on a boat in Lake Como.

Hemsworth has since filed for divorce from Miley , citing "irreconcilable differences" as the reason for ending their eight-month marriage.

"He thought they could work it out, but all those pictures of her and Kaitlynn ended that," a source told US Weekly.